Intense debate on social media in the central African nation, where homosexuality is still broadly seen as a taboo

The government’s move to reverse part of the law has sharply divided opinion and sparked intense debate on social media in the central African nation, where homosexuality is still broadly seen as a taboo.

Enough! It’s time to end the denial, pierce the taboos, raise consciousness about the problem, and confront and criminalize anti-Black racism and discrimination in Morocco. That is the message young black Moroccan activists are conveying as they organize and commiserate with fellow black Moroccans on social networks: like “Black Moroccans” and “The Mazeej project” on Instagram and Facebook.

Slavery, concubinage, and relatively widespread miscegenation has produced a contemporary Moroccan population on a colour continuum as opposed to sharp breaks between black and white. Yet, there are national and family silences about slavery and its aftermath – racism – in Morocco. The topics are taboo. The denial, the silence is part of a larger national discourse that does not acknowledge the magnitude of the trans-Saharan slave trade and the existence of Morocco’s marginalized minority black community whose stories have not been told. This reflects a country defined by colour lines and strict social hierarchy. Moroccans distance themselves from blackness by all means: whitening creams, facial scrubs, hair straighteners, and a careful construction of ethnic and cultural identity that excludes a large number of descent: the tens of thousands of sub-Saharan Africans brought to Morocco through the trans-Saharan slave trade.

“Of course, those words offend me. There are even Berber words that are still used today by that community to verbally insult Blacks. I think the education system needs to include lessons on all forms of slavery that have taken place in Morocco in order to raise awareness . To stop these verbal assaults, we must break the taboos. We need campaigns against Negrophobia . We need seminars, TEDx, books, podcasts, reports. We must also highlight the experiences of black Moroccans so that people understand that words hurt and can hinder the healthy construction of Moroccan adults. We need to see more diversity on screen; highlight the beauty of the genetic diversity of Moroccans. We have to teach people to question themselves. Show off successful black Moroccans; display the reality that we are just as smart and bright as the rest of society. Make us more visible. Show that we are here; that we exist. That our future is not mapped out as only workers in the fields or sellers of knick-knacks. There is a HUGE educational gap, and as long as it is there, received ideas about slavery and black inferiority will continue to take hold in Morocco.”

“Slavery and anti-Black racism are taboo subjects in Morocco.

Pierce the taboos and silence. 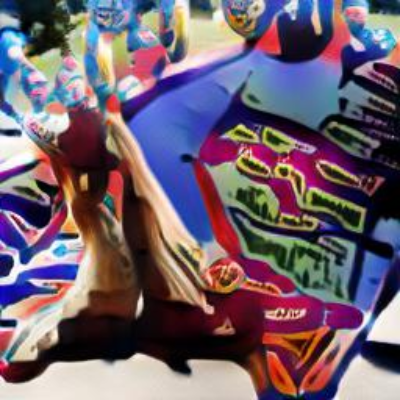 Homosexuality is taboo in the East African nation and persecution of sexual minorities is rife. Under sections of Kenya’s penal code, gay sex – or “carnal knowledge against the order of nature” – is punishable by up to 14 years in jail.

Same-sex relationships are considered taboo and are a crime across most of the continent, with punishments ranging from imprisonment to death.

Cervical cancer is the most common cancer in Rwandan women, and there were considerable cultural barriers to the vaccination program — HPV is a sexually transmitted infection and talking about sex is taboo in Rwanda. Added to this, rumors that the vaccine could cause infertility made some parents reluctant to allow their daughters to be vaccinated.

YAOUNDE – From delivering a TED talk in a tutu to coming out in a country where homosexuality is deeply taboo, Binyavanga Wainaina was a champion of the LGBT+ cause in Africa, campaigners said as they paid tribute to the Kenyan writer, who died this week aged 48.

Wainaina came out as gay in 2014 – a major step in Kenya, where homosexuality remains taboo in many circles and gay sex is illegal.

At local levels, there are often gendered implications to the challenges posed by climate change, says Dumas. For example, many of the country’s roads are vulnerable to flooding, and plastic pollution clogging roadside drains can exacerbate the situation further, leaving lots of roads impassable when rains are heavy. This means many children must cross rivers to reach their schools. However, in some communities, it’s taboo for girls and women to cross rivers when they’re menstruating – and this can mean they miss out on a lot of school time, says Dumas.

These taboos are only in place in some communities, she notes. But across Ghana, the inability to afford sanitary products limits a lot of girls’ school attendance, which exacerbates gendered inequality in education levels and outcomes. So ‘period poverty’ is another area that she is hoping to address through her foundation.

It’s the first time that a top-level French personality who has played a leading political role in the past has broken the taboo surrounding the CFA franc.

The study of EM effects on the human body and human DNA is a taboo subject.

It’s time to remove that taboo.

My observation from the weeks of study to write these three columns is that discussion about the health effects from cellular radiation is a somewhat taboo subject.

Same-sex relationships are illegal in more than 70 countries worldwide; almost half of them in Africa, where homosexuality is broadly taboo and persecution is rife.

The Taboo of Not Fasting in the forbidden zone: Inside the Saudi cultural awakening.