From Identity to Self Expression: The Evolution of Tattoo Culture in Egypt

Tattoo culture in Egypt has a history that is not quite as well-known or talked about, perhaps in large part due to the fact that tattoos are considered a rather taboo subject in contemporary Egyptian society.

To truly delve into how tattoo culture has evolved throughout Egyptian history, it is important to point out the fact that there has been evidence of its existence since ancient times.

In fact, evidence of tattooing in Egypt has been found to span at least a 4,000 year period.

Fast forward into contemporary Egyptian society and one will now find less of an ‘outspoken’ tattoo culture.

As a result of Egypt turning into more of a religiously led country, with a large Muslim population as well as a strong Coptic Christian population, tattooing is largely seen as taboo and against ‘social norms’ primarily due to it being seen as a sort of sin by Egypt’s religious community.

Many Coptic Christian Egyptians tattoo crosses on their right wrists as a form of religious and spiritual identity.

It is well known in Egyptian culture that when one sees a person with a tattooed right wrist, this is immediately translated into this person being a religious Coptic Christian. 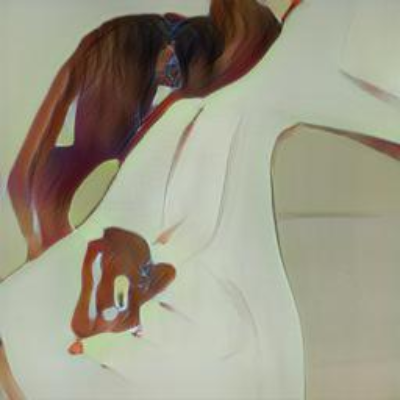 Aside from tattoos serving a purpose of religious or spiritual identity in contemporary Egyptian society, some tattoos also serve a purpose of cultural identity in some smaller Egyptian sects, such as for Nubians and certain communities in upper Egypt in which one will find women with traditional face tattoos.

Although not as widely accepted as tattoos that serve a purpose of identity, tattooing as a form of self expression exists in modern Egyptian society as well.

In a country where tattoo culture has always been taboo, it is interesting to witness how some Egyptians have not only embraced this stigmatized form of expression as their preferred art form, but a few of them have even managed to turn it into their profession.

Each with their own unique style, these few Egyptian tattoo artists have defied cultural stigma to show us that there is more to tattoos than simply ‘looking cool’.

At a closer glance, one can immediately tell that each of their tattoo designs were carefully thought out and constructed, expressing personal stories on the bodies of everyday modern Egyptians.

Three particularly noteworthy Egyptian tattoo artists are Moheeb of Tezerd Inks, Abdelhamid Elnagar of Inkredible, and Roaa Bayoumi of Zeta Inks – all of whom create 100% original work, and whose designs showcase the detailed artistry that goes into each of these custom-made pieces.

These Egyptian tattoo artists fight for the right of artistic self expression through tattooing on a daily basis.

While this modern-day tattoo sub-culture may not necessarily comprise a large part of Egypt’s population, it is still worth noting how tattoos have evolved into being accepted as an artistic form of self expression amongst some of Egypt’s contemporary community – alongside those that serve religious and cultural purposes as well.

A prominent Egyptian actor has won praise for breaking taboos by revealing his support for his transgender son‘s transition.

«My daughter Noura is now my son Nour,» the 62-year-old actor said according to Egyptian Streets.

«This is a remarkable step and development for transgender people, and a step towards societal acceptance and a greater amount of support than exists now,» outspoken Egyptian transgender activist Malak Al-Kashef wrote on her Facebook page.

The majority of Egyptians are Muslims and many are deeply conservative.

It is unclear whether Selim’s son sought approval for medical transition in Egypt or elsewhere. 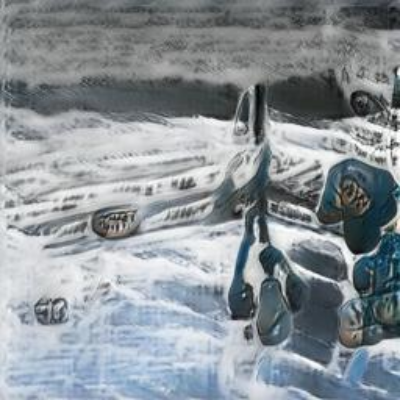 While homosexuality is not criminalised, LGBTQ+ Egyptians are often prosecuted under vague morality laws and are not afforded legal protections against discrimination.

In March, Human Rights Watch condemned Egypt for «refusing to recognise the existence of lesbian, gay, bisexual, and transgender people» and «flouting its responsibility to protect the rights of everyone».

Cairo rejected recommendations to end the arrests of LGBTQ+ Egyptians during its Universal Periodic Review, a process through which members of the United Nations Human Rights Council weigh in on states’ human rights records.

Egypt said it did «not recognise the terms mentioned in this recommendation», namely sexual orientation and gender identity.

The discovery suggests that those who ruled Ireland thousands of years ago were practitioners of incest, one of human society’s most consistent taboos. The discovery is interesting precisely because it is so taboo. Where this almost universally agreed-upon taboo is most regularly flaunted, however, is among members of the socio-political elite.

Arguably the most famous example of this is the Pharaohs of Egypt.

A controversial 2015 University of Zurich study of the remains of elite ancient Egyptians suggested that incest was very common among the pharaohs.

Amenhotep I, one of the most famous of the kings of Egypt, was the product of three generations of sibling incest.

As Egyptologist Zahi Hawass has explained «A king could marry his sister and his daughter because he is a god, like Iris and Osiris, and this was a habit only among kings and queens.» In some ways it’s about preserving the purity and strength of their divine blood.

One problem with the commonly believed «royals only» exception to incest is the data from Ptolemaic and Roman era Egypt .

In the Roman period, censuses reveal, brother-sister unions were common in Egypt for the first three centuries A.D. .

Naphtali Lewis further notes that far from being taboo such marriages were celebrated, publicly announced, and in all respects ‘ordinary. ’ There is no ancient commentary on genetic flaws or unsuccessful relationships.

In the rest of the Roman empire these kinds of unions were a social taboo; accusations of incest were levied against outsiders, including early Christians, as a sign of their moral depravity and barbarian nature.

There are a number of socio-economic reasons that for four centuries elite Egyptians chose to marry their siblings or half-siblings.

What the historical evidence—from ancient Egypt all the way into the present—shows is that when it comes to marriage lots of people like to keep things in the family.

The few questions I have concern the potential uniqueness of the Israeli-Egyptian case and the implications that Avey’s analysis has for our understandings of the so-called nuclear revolution.

The Unique Case of Israel and Egypt

Israel’s confrontation with its non-nuclear adversary Egypt stands out as a peculiar case in the book. 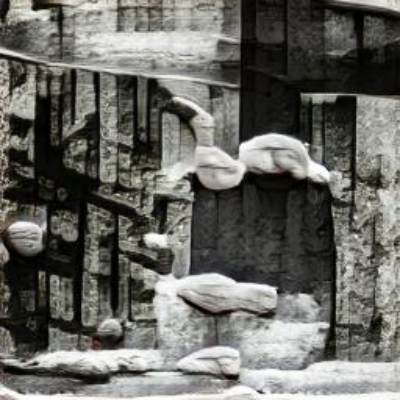 No other non-nuclear state that Avey examines in the substantive chapters of his book could have realistically attacked the homeland of its nuclear-armed opponent, with the possible exception of Egypt and Israel due to their geographic proximity.

Hence, looking at geographically contiguous rivals like Israel and Egypt is important because such technical constraints might be less potent as an alternative explanation.

Still, I had questions with regards to Avey’s case study on Israel’s confrontation with Egypt.

Avey writes that Egyptian leaders «believed that so long as they executed only limited campaigns, the benefits to Israel of using its nuclear weapons would be low.» Thus, « n 1973, Egypt launched a limited offensive that was more expansive than in 1969-1970.» Avey admits that «while Egypt never planned to advance deep into the Sinai , Israel could not be expected to know that at the start of the hostilities.» Egypt sought to use backchannels to convey its limited intentions, even though Egyptian President Anwar Sadat ultimately rejected Soviet appeals for a ceasefire.

In light of the unique geographical proximity that this case features, one wonders whether Israel understood that Egypt had only limited objectives when the October War began, not least because of the highly conflictual nature of Arab-Israeli relations at that time.

Whether Israel understood Egypt’s limited aims is all the more important given that Israel had sought nuclear weapons in part because it believed its adversaries’ aims were not limited.

Notwithstanding my questions about the nuclear revolution and the Israeli-Egyptian case study, Avey wisely hews close to the evidence and never overstates his arguments.

Saudi Arabia, UAE and Egypt yesterday rejected a statement by the Union of Arab Parliaments which called for stopping normalisation with Israel, the Shehab news agency reported.

The representatives of the UAE and Egypt also called for reviewing this recommendation, but the Speaker of the Jordanian Parliament Atef Al-Tarawneh insisted it maintain.

During the meeting, Al-Ghanim criticised normalising ties with Israel, considering it a «political taboo».

However, Jordan and Egypt have had official relations with Israel for decades as they signed peace agreements with it.

In March, several Egyptian women launched a campaign on social media asking that women be granted leave during menstruation, because of the psychological toll caused by the pain they feel, menstrual cycle is not shameful.

The decision read that they were proud to introduce Egypt on the list of 10 international countries that grant women leave during their periods, and that Egypt is the first country in the Arab world to implementing the move.

In March 2018, some Indian companies announced a change in their policies, giving women the right to paid leave on the first day of the menstrual cycle, with the aim of «breaking taboos about menstruation».

I spent the past three months of the trip in Africa, visiting Egypt, Morocco, Nigeria, Kenya, and Tanzania.

I spent the past three months of my travels in Africa, specifically in Egypt, Morocco, Nigeria, Kenya, and Tanzania.

Saudi Arabia, Turkey and Egypt are the chief candidates.

As for Turkey and Egypt, they represent a lower proliferation threat, but, given the regional balance-of-power dynamics attendant to a nuclear Iran and Saudi Arabia, Ankara and Cairo would closely examine going nuclear.

Egypt already has some nuclear know-how from a previously abandoned nuclear weapon program, while Turkey, nominally a North Atlantic Treaty Organization ally of the US, has decreasing trust in the US and NATO , as well as a nuclear power agreement with Russia .