by Breaking The Silence
in biographies, personalities, religion
9 min read

Menstrual taboo is a challenge for women in Indian society as we are an unequal and diverse society.

But, menstrual taboo doesn’t subjugate all women in the same way.

While the caste Hindu women suffer the taboo on speechifying menstruation itself, the lower-class Dalit women may suffer the resource crunch during the menstruation with regard to access to a piece of cloth or a sanitary napkin.

Caste Hindu women are isolated during their periods, and are not allowed to enter the kitchen, dine with the family members or participate in sexual activity.

Menstrual taboo that is observed among the caste Hindus is a Brahminical practice.

Women in caste Hindu society are made to stay separately from the rest of the family members when they menstruate.

Menstrual taboo makes them feel guilty and constructs them as the weaker sex. 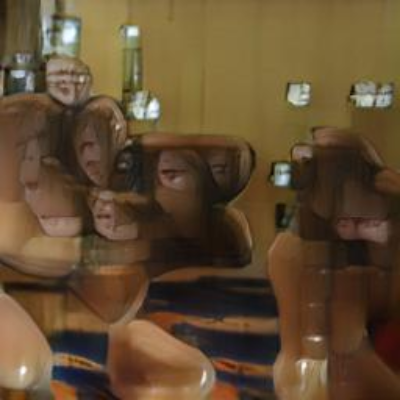 Menstrual taboo is not a simple practice that is placed to maintain hygiene.

Untouchability is placed in the caste system to distinguish caste Hindus who are touchables, who have access to a certain level of ritual purity from the most inferior castes who do not have any ritual purity.

Menstrual taboo is nothing but a temporary defilement that dominant castes suffer.

In fact, observing menstrual taboo is an expression of this Brahminical superiority/ritual purity and a way of distinguishing oneself from the perpetual untouchables, namely Dalits.

Dalits who do not have any ritual purity are not defiled by the menstruation, and therefore, there is no taboo attached to menstruation among Dalits.

Since Dalit women are not allowed into dominant caste Hindu household, their menstruation would not defile them in any way.

The-three-day taboo neither takes away Savarna women’s privileges of caste such as economic and social capital nor make them equal to Dalits.

In fact, many Savarna women passionately uphold menstrual taboos as well as their superior status with regards to Dalits.

By and large, the contemporary debates on menstrual taboo are centred upon dominant castes.

It is also essential to break away from the capitalist and neoliberal market-driven ideas of menstrual taboo.

If the market can solve the issues of menstrual taboo in India by producing sanitary napkins, it could have solved the question of untouchability by producing soaps, detergents and sanitisers.

The origin of such taboo is rooted in the cultural, historical and religious myths circumventing menstruation.

Manusmriti, the most revered doctrine for Hindus, encompasses the daily practices and is coded as the “Laws of Manu”.

Hindus believe the spirit of the words encoded in this book as for them, these are god’s words.

A Life Of Stigma And Taboo

It is a way to ensure that menstruation remains a taboo; any challenge is thwarted and crushed to the ground.

All these misconceptions and myths underpin not only taboos that flare but also hint towards a lack of awareness regarding menstrual hygiene, threatening the health of women.

This taboo is a root cause of discrimination and the underdevelopment of women.

All the menstrual taboos are reasoned under the garb of ‘they’ said. ‘They’ are all those who have unquestionably participated in propagating such myths and discrimination. ‘They’ are us.

All these misconceptions and myths underpin not only taboos that flare but also hint towards a lack of awareness regarding menstrual hygiene, threatening the health of women.

This taboo is a root cause of discrimination and the underdevelopment of women.

But, the myths and taboos are a social construct; they are not natural.

Many regard menstruation as the “ultimate taboo” .

From the Hindu religious text of Manusmriti to the English literary works of Shakespeare’s Hamlet and Charles Dickens’s A Tale of Two Cities, there is literary evidence to indicate that women are controlled and made submissive by patriarchy.

This silence about a naturally-occurring process in a woman’s body is the evidence of the taboo that female sexual health and sexuality is considered to be.

Myths And Taboos About Menstruation In The Indian Society

This taboo/impure/dirty definition of a natural biological process is being carried on by society as a cultural practice of the past.

Applications and video-based platforms should be used to spread the message of discarding taboos and orthodox customs, and embracing healthy ways to maintain hygiene in regards to the sexual health of women.
NEW DELHI – Violent protests and strikes have rocked southern India after three women defied a centuries-old ban on entering a Hindu temple.

Menstruation taboos can be found all over the world – here are 10 of the most common.

Though Nepal criminalized the practice last year, many villages in the country continue to follow the taboo, known as chhaupadi in Nepali.

Some religious Hindus consider it bad luck to touch menstruating women and girls.

This ancient Hindu practice is called chhaupadi, and it has been in place for hundreds of years in Nepal, as well as in parts of India and Bangladesh.

“Chhaupadi is form of seclusion connected to Hindus’ deep religious beliefs and feelings about ritual purity and impurity,” explained Mary Cameron, a professor of anthropology at Florida Atlantic University who has worked extensively in Nepal.

While chhaupadi is a Hindu practice, that by no means implies it is widespread.

There are also strict rules around water, which is considered pure in Hinduism. 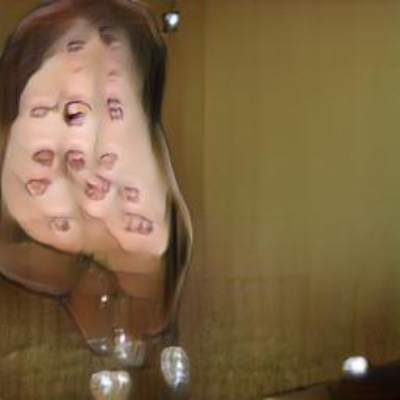 Nepal’s Supreme Court banned chhaupadi in 2005, calling it a human rights violation, but it has continued to flourish not only in Nepal’s mid- and far-western regions but in varying forms across the country, where fears of consequences for breaking menstrual taboos keep a tight grip.

A law cannot easily override a practice that is written in Hindu scriptures, they argued.

Menstruation taboos can be found all over the world – here are 10 of the most common.

Orthodox Hindus considered it to be a grave sin with the potential consequence of hampering one’s religiosity.

Among the traditional Hindus, in contrast, kalapani remained a taboo until the early twentieth century.

In order to understand why Orthodox Hinduism levied sanctions on seafaring, we need to refer to the holy scriptures.

According to the historian KM Panikkar, the Hindus knew the use of a matsyayantra and possessed the skills to construct ocean-going ships, sturdy enough to venture into the distant reaches of the Arabian Sea.

Panikkar claimed that the Hindus of the Indian South were not at all dissuaded by the religious sanctions.

The fact that Hindu influence sustained itself so far from the subcontinent from the 5th to the 13th century suggests that these outposts were receiving constant and substantive maritime sustenance from the mother country .

One of the key figures of the Bengal renaissance, Akshay Kumar Dutt, tried to find a seafaring tradition in his book Prachin Hinduder Samudrajatra O Banijyabistar .

However, from the mid-nineteenth century seafaring had been avoided both by the Hindus and the Muslims to the extent of having being virtually banned.

For Murshid, the taboo of crossing the black water had been instigated as a result of the fear of Dutch piracy as well as religious imposition.

Murshid, in his book in Bangla Kalapanir Hatchhani argued that the low caste Hindus accompanied their colonial masters and went to Continental Europe as attendants or nannies as early as the seventeenth century.

The problem seemed to be unique to the upper-caste Hindus.

The low caste Hindu traders and fishermen were least bothered by the fear of losing caste and creed due to kalapani.

Subramanian cites certain anecdotal texts to claim that both Hindus and Muslims viewed the Portuguese as sheer “calamity” .

India is one of the most diverse countries in the world and Hindu nationalism is gripping the nation as it dives into elections this month.

Practicing Hinduism is filled with contradictions.

On one hand, products obtained from cows are considered sacred to the extent that cow urine is consumed by staunch Hindus despite the harm it poses to health.

The consumption of cow urine in modern India has been marketed by politicians and religious leaders as healthy alternatives to existing diets, while at the same time beef consumption is seen as a taboo despite evidence showing that beef consumption was indispensable in the Vedic period.

To those unfamiliar with Indian politics, mob attacks by Hindu extremists affiliated with the BJP and RSS – its ideological wing – cracked down on minorities such as Muslims under the assumption that Muslim butchers slaughter cow for trade.

The Indian National Congress, branded by the BJP as pro-Muslim and anti-Hindu, has been mum on this policy as Hindutva grips the country.

Over 80% of Indians identify themselves as Hindus and with most of the faithful not approving of the consumption of beef, the BJP expects that the controversy will help it politically and ideologically.

In the privacy of their homes, contrary to the practices of the 21st century, Hindus untouchable castes cook the meat and eat it.

Indians of all castes rarely acknowledge the existence of these practices to non-Hindus, but more are aware that beef eating takes place.

Though the current debate on beef ban seems to be revolving around Hindutva and BJP, it is imperative to note that it was the Congress, a party that calls itself secular, that banned the slaughter of cows and trade of beef in India.

KATHIKHEDA A procession of young girls winds through a narrow village with paved streets They sing devotional songs to the Hindu goddess Durga – “To cajole you, we come to your court” – in a pitch high enough to match the ratcheting heat ahead of the searing Indian summer.

It is a sight common across north India during the Chaitra Navratri festival, when Hindu households invite nine young girls representing the nine avatars of Durga and worship them.